Her fans wrote, "Soojin has even announced she'll withdraw from the group and had nothing to do with bullying you or anyone. We demand you release your official position. You only wrote English phrases, song lyrics and sentimental text on your IG pretending to be a victim and shot back at right times. Why did you do that?"

Other fans asked, "Why have you gone quiet? Why aren't you saying anything? Why? You were so quick with the timing and posted things you knew nothing about but now you're afraid that your victim cosplay will be found out? Stop being a coward and dragging your feet!" 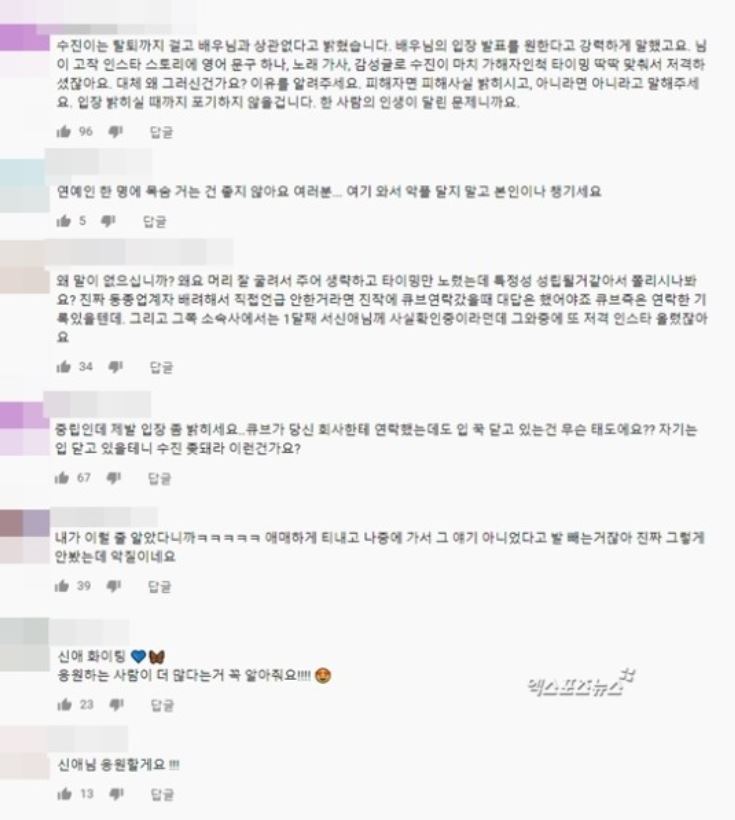 In the meantime, Soojin released a lengthy statement on the 19th and denied all accusations of bullying and abuse by 10 victims. Regarding suspicions that she bullied Seo Shin-ae, she stated that "she was confident and demanded the actress clarify her positions."

Soojin is currently in hiatus.