BTS is under controversy for overpriced fan merchandise.

On the 2nd, Jin showed off the group's pajamas and pillows as part of HYBE 'Artist Made Collection' through Weverse and even gave fan service through a "home shopping" concept.

Jin stated, "I live my life proudly according to my standards. In times like this, I wear 'Good Day' (patterned) pajamas and pillows and when I want to live life hard I wear 'Bad Day' pajamas."

He expressed great affection for the product stating, "I came up with about 80% of the idea. When I would put on pajamas, I felt they were inconvenient because they had no pockets." 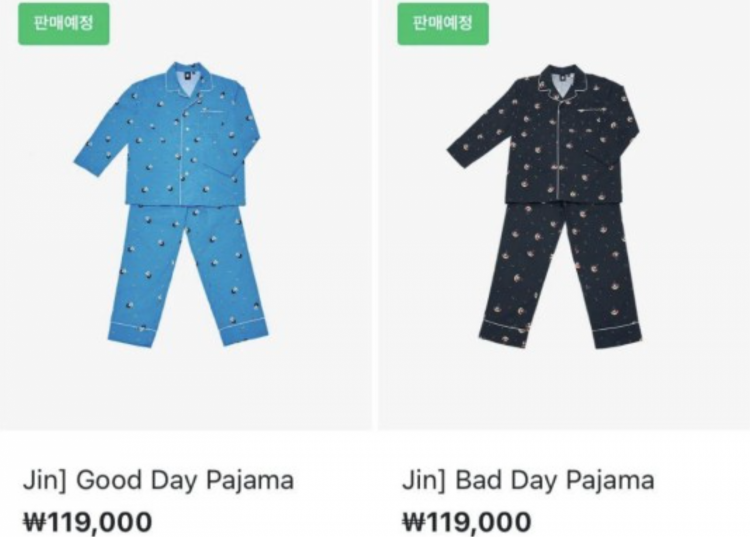 Shortly after the reveal however, fans expressed shock after they realized the pajamas were priced at 119,000 won with the pillow at 69,000 won.

Fans criticized the collection for being "overpriced" as similar pajamas retail for 12,000 - 24,000 won.

As the controversy grew, Jin wrote on Weverse, "I asked them to use good material for the pajamas but what is that price tag...I'm in shock too."

Meanwhile, Big Hit has yet to address the controversy.